Nov19 San h6.00pm
ON THE ROAD FILM FESTIVAL > In Concorso 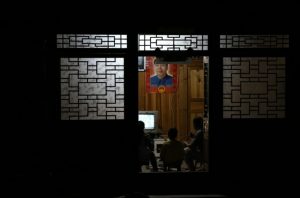 Mingong ‘is the union of two chinese ideogram, meaning farmer-worker. It is the name with which China was baptized a social class born in the early 1990. 250 million workers that every year from inland campaigns are trying to reach the megalopolis on the coast to look for work. Mingong tells a story in time into the old China which is disappearing nowadays. A faces’ mosaic which reveals a common story: the village, the departure, money, sons, work, the efforts and the absence.