I’M NOT YOUR NEGRO. Nomination Oscar 2017

ON THE ROAD FILM FESTIVAL PREVIEW 2017

In collaboration with Wanted Cinema Distribution

‘Raoul Peck’s “I Am Not Your Negro” is the rare movie that might be called a spiritual documentary. It’s a meditation on the prophetic brilliance and the very being of James Baldwin, the African-American writer who was more than a “great thinker” on race — he was the prose-poet of our injustice and inhumanity (and our humanity, too).’ – Variety

I’M NOT YOUR NEGRO 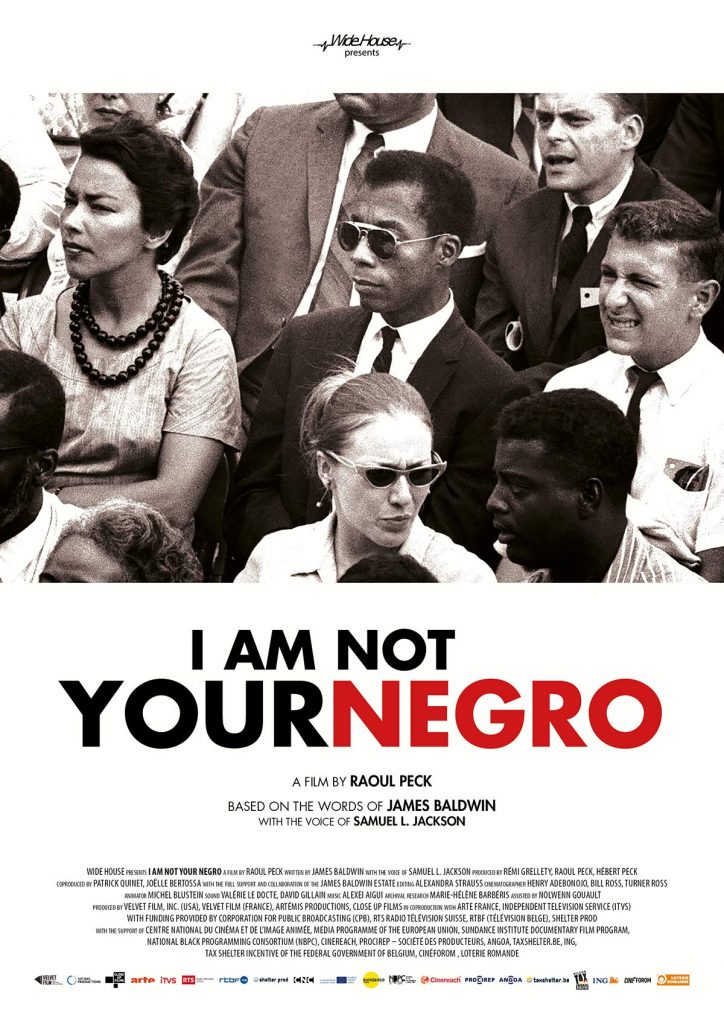 “What white people have to do, is try and find out in their own hearts why it was necessary to have a nigger in the first place, because I’m not a nigger, I’m a man, but if you think I’m a nigger, it means you need it.” /  “The story of the Negro in America is the story of America, and it is not a pretty story.” Alec Baldwin

In 1979, James Baldwin wrote a letter to his literary agent describing his next project, Remember This House. The book was to be a revolutionary, personal account of the lives and successive assassinations of three of his close friends-Medgar Evers, Malcolm X and Martin Luther King, Jr. At the time of Baldwin’s death in 1987, he left behind only thirty completed pages of his manuscript.

I Am Not Your Negro is a journey into black history that connects the past of the Civil Rights movement to the present of #BlackLivesMatter. It is a film that questions black representation in Hollywood and beyond. And, ultimately, by confronting the deeper connections between the lives and assassination of these three leaders, Baldwin and Peck have produced a work that challenges the very definition of what America stands for.
_