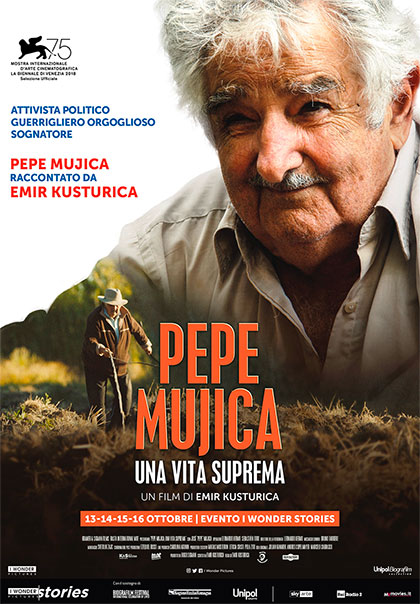 El Pepe is the guerrilla-style cognomen of former Uruguayan President José Mujica, who led the South American country from 2010 to 2015. Double Palme d’Or-winner Emir Kusturica started work on a film when Mujica was in the last months of his presidency. A series of conversations between the two titans is the backbone to El Pepe, a Supreme Life.

Kusturica opt for an impressionistic and intimate portrait rather than photographic detail or regurgitating facts. He mixes in footage from Costa Gavras’s 1972 political drama State of Siege as representing the era. But for the most part, Kusturica is happy to sit back, smoke a cigar and let Mujica have his moment.

The film was played out of competition at the last Venice Film Festival.